One of my passions is filmmaking, and getting to create short films and music videos is one of my favorite things ever. I’m always looking forward to making more of each! 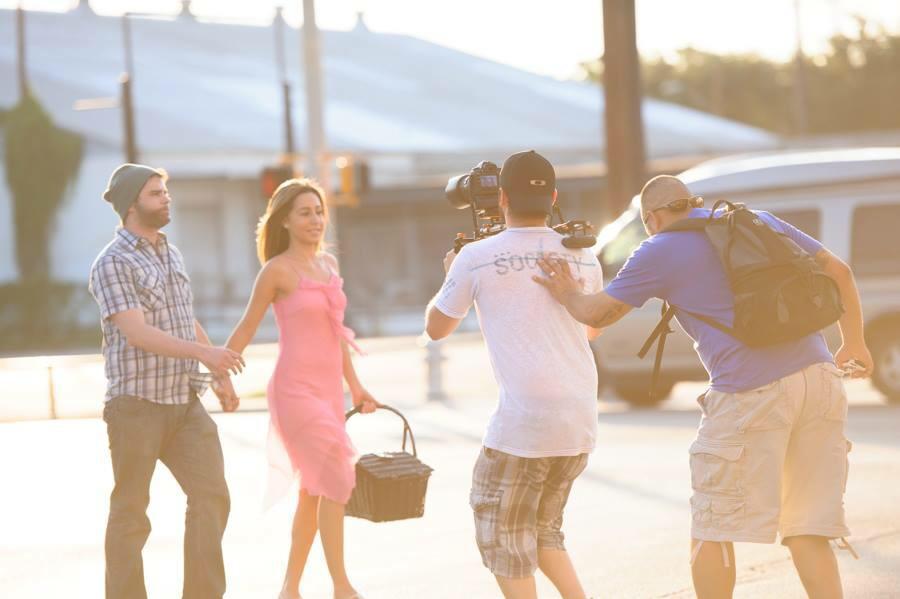 When I was contacted by Jeff Jacobs Band to create a music video for them, I was floored and honored – Nathan, the bass player, was a radio jockey for the company we both happen to work for for many years, and I was a big fan. Getting to work on a video for such a fun song made this one of the best projects I’ve ever had the pleasure of creating.

When I first bought my Canon 5D Mark II (one of the first DSLR’s with video capability), my friend Kimberly Scott and I went out to shoot some stuff. I was on a big Guster kick at the time, and decided to put one of their songs to this. So, while not ‘quite’ a music video, this is and will always be one of my favorite times I shared with my friend.

My Hidden Track Films crew and I participate in the 48 Hour Film Project every year, which is a worldwide filmmaking competition in which teams in participating cities have 48 hours to script, shoot, edit, render, and deliver an entire short film (typically around 6-8 minutes long). The catch is, all the various teams must randomly pick a genre out of a hat, and then all the teams have to use the same 3 criteria as all the other teams (this helps to ensure that nobody is submitting a pre-made film).

It’s a lot harder than it sounds, and way more fun than I’m able to describe.

Here are some of the films I’ve worked on.

“Saturday Night Date Night” is exactly what it sounds like. This is the Director’s Cut, with a few extras added in post-48HFP submission. We had blast, as you can tell from the Behind The Scenes footage at the end of the film.

Make sure to tune into SNDN for more date night news!

“Those Little Things” was, well, another goofy film intended to showcase ‘those little things’ that can drive a man mad.

“A Spoon In The Road” was the 4th film by Hidden Track Films, and I would go so far as to say this film was one of our favorite films to work on, where the goal was to just have fun, and I hope this shows. We’re very proud of the one continuous shot in the opening scene, as well as the laughter we heard from our audiences at the screening of the film.

However, “Perfect Companion” was our 3rd entry in the 48 Hour Film Project in as many years, and won us “Best Film – 2013 San Antonio”. We had a hilarious time shooting this, as you can probably tell. A lot can go right when you decide to ‘just be goofy’ with some of the best people you know. 🙂

“The Assets” was a film about a trio of people attempting to answer an ad for… something… until they show up and see… something… that changes their mind? I don’t know, it was a crazy weekend attempting to do a lot without a script…

“The Extraction” was the very first film I ever created, and this was only possible because I had a tremendously talented crew and actors who pulled together to join the team at the last minute. No, seriously – up until the day before the event, there were only 5 people on board. By the next evening, we had over 20 people involved! We ended up winning 6 awards for this film, including “Audience Choice Award” and “Best Film – 2011 San Antonio”. Everyone had a blast shooting this, though Andy had his arms tied above his head for HOURS during shooting, and could barely feel them once we were done.

So yeah, serious blood, sweat and tears were put into this film.